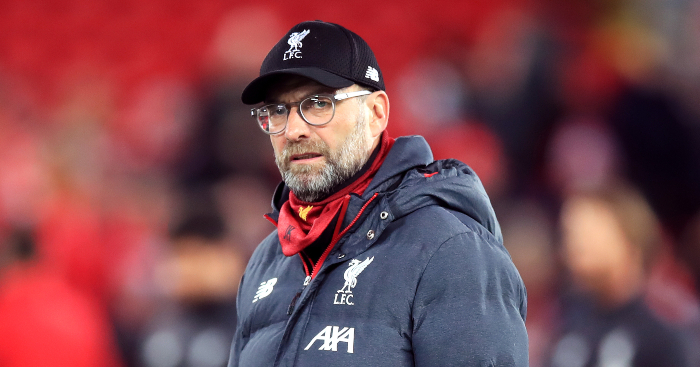 Jurgen Klopp was left beaming with pride at the performance of his young players as a much-changed Liverpool side beat Everton 1-0 in the Merseyside derby at Anfield to progress to the fourth round of the FA Cup.

Klopp named a host of young players in his starting XI and saw one of his senior charges, James Milner, succumb to injury and have to be replaced by another prospect, Yasser Larouci, after just nine minutes.

Everton squandered a number of opportunities in the first half and were made to pay after the break when Curtis Jones curled in a stunning winner for the hosts.

Shortly after the goal, Klopp introduced another youngster in Rhian Brewster and shared a joke on the sideline with the striker before giving Harvey Elliott, the player to make way, a huge hug.

Jurgen Klopp shares a joke with Brewster and a hug with Elliott.

A manager inspiring his players from international stars to budding talents. 👊 pic.twitter.com/KRH7dmdxUU