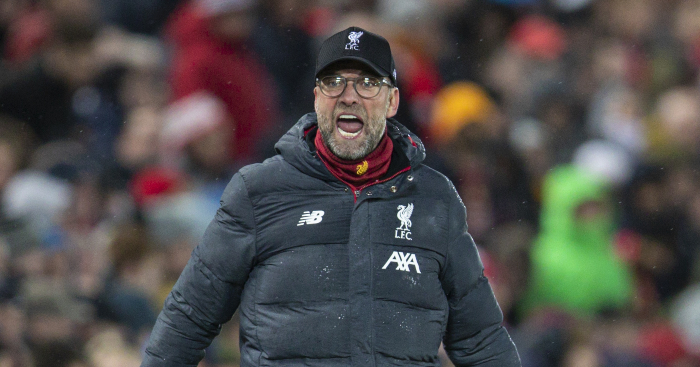 Jurgen Klopp fumed at Liverpool supporters trying to shake hands with their players prior to the Reds’ dramatic defeat to Atletico Madrid in the Champions League.

Reigning champions Liverpool were knocked out at the round of 16 stage after conceding three goals in extra time to Diego Simeone’s men.

Georginio Wijnaldum levelled the scores on aggregate in the first half but, despite a dominant display, Liverpool failed to find a winner in 90 minutes.

Roberto Firmino put the Reds ahead in extra time, only for a blunder from stand-in goalkeeper Adrian to gift Marcos Llorente a goal before he added a second, with Alvaro Morata adding the gloss on the victory at the death.

On a frustrating night for Klopp, tension was already high prior to kick-off as he raged at Liverpool fans trying to shake hands with players despite concerns about coronavirus.

Klopp : "Put you hands away, you fucking idiots." pic.twitter.com/u1yPfYVGLz