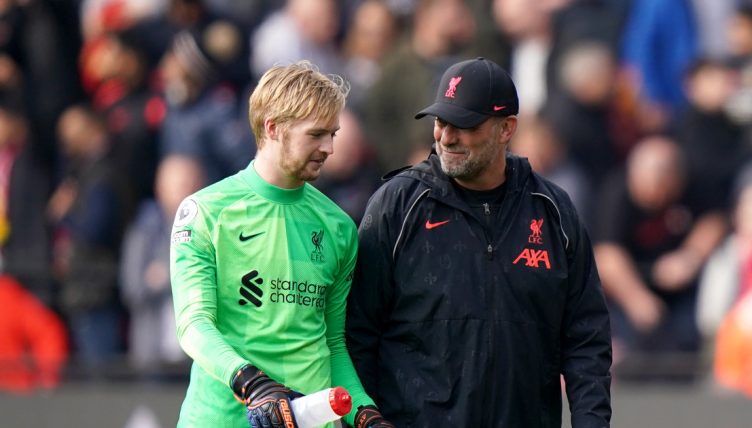 Jurgen Klopp has labeled Liverpool backup goalkeeper Caoimhin Kelleher an “outstanding” player and has promised that he will start the Carabao Cup Final against Chelsea.

The Liverpool manager was talking ahead of their Premier League match with Crystal Palace at Selhurst Park when he was asked about the Irish goalkeeper and confirmed he would start the League Cup Final.

“Caoimhin will play if he is fit,” the German said.

“It is all about performing of course. If he didn’t perform on the level he performed when he has played then I would maybe think differently.

“But he has shown he deserves all the trust and faith that we have in him.”

Kelleher hails from Cork and joined Liverpool as a youth player in 2015.

Now 23, he has firmly established himself as Liverpool’s number two between the sticks and surpassed Adrian in that role

He deputised for Allison when the Brazillian was injured in the second half of last season and his performances helped Liverpool reach the Champions League spaced when it looked unlikely.

The Irishman has played three of the five League Cup matches so far this season, missing out against Preston due to an illness and the first leg of the Semi-Final against Arsenal so that Allison could regain fitness.

So far this season he has also featured in two Premier League games and Liverpool’s FA Cup Third Round tie against Shrewsbury.