Watch: Klopp’s hilarious reaction when told TAA opener goes down as own goal 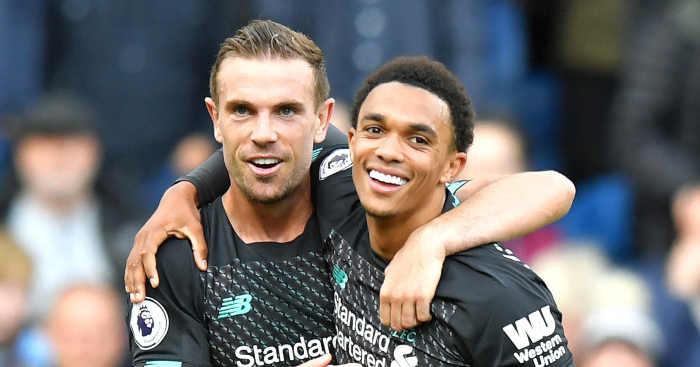 Jurgen Klopp was not happy to discover what he thought was Trent Alexander-Arnold’s opener in Liverpool‘s 3-0 victory at Burnley was ultimately ruled on own goal by Chris Wood.

Liverpool eased to a 3-0 victory at Turf Moor on Saturday to keep up their 100% record at the start of the 2019-20 Premier League campaign.

Sadio Mane and Roberto Firmino also scored against Sean Dyche’s men after Trent Alexander-Arnold was involved in the opening goal on 33 minutes.

The right-back’s cross from deep looped over Clarets goalkeeper Nick Pope, but Klopp clearly wasn’t aware it had deflected off the back of striker Wood – leading to this wonderful moment in his post-match interview.

Jurgen Klopp reaction when he found out Trent deflected cross gone down for a own goal. Priceless. 😂 pic.twitter.com/zTmCBiaT2s