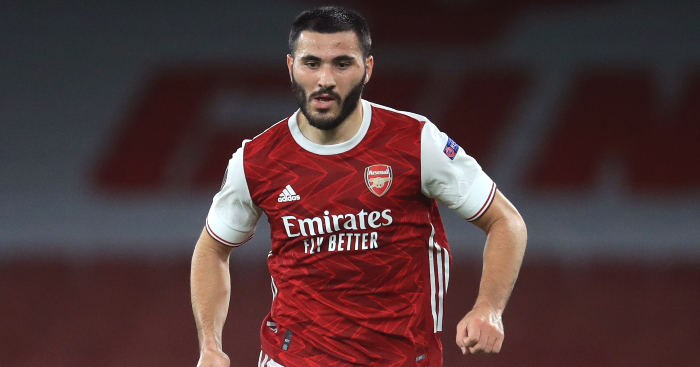 If anything sums up Arsenal‘s struggles in the final third of late, this nine-second clip of Sead Kolasinac ignoring a brilliant opportunity to create a goalscoring chance is quite something.

Mikel Arteta’s Gunners endured another difficult evening as they exited the League Cup after being comfortably beaten 4-1 at home by Manchester City, and there were plenty of familiar issues.

But there were some positive moments, not least a bright performance from Brazilian starlet Gabriel Martinelli, making his first start in nine months.

Much-hyped academy graduate Folarin Balogun was also given a run-out late on and demonstrated some excellent movement, crying out for a relatively simple through ball to put him in on goal.

There was a clear opening to play the ball into the young striker’s path, but instead Kolasinac dithered and dallied and eventually opted to play a simple sideways pass to Emile Smith Rowe instead.

We feel ya, Gooners.

Wouldn't have made any real difference, but it's a simple pass… pic.twitter.com/mVF783TPGp