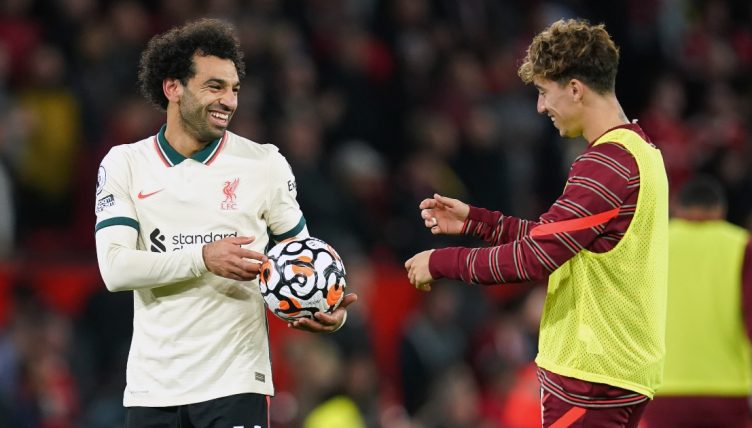 Liverpool enjoyed their biggest ever win at Manchester United, with Mohamed Salah scoring a hat-trick in their 5-0 win – and he had the match ball cheekily stolen from him by Kostas Tsimikas.

But Jurgen Klopp’s side couldn’t have dreamt of an easier game, ripping United to shreds and helping themselves to five unanswered goals.

As is customary in English football, Salah was given the match ball after his goalscoring exploits – but that didn’t stop team-mate Kostas Tsimikas from spying an opportunity for his own personal souvenir.

Despite not making it onto the pitch, Tsimikas approached Salah and cheekily swiped the ball from his clutches.

Salah didn’t seem to mind too much though and it’s no wonder – Liverpool are now seven points ahead of United and the Egypt international is currently in the form of his career.