Watch: Kroos catches Valencia keeper off his line and scores from corner 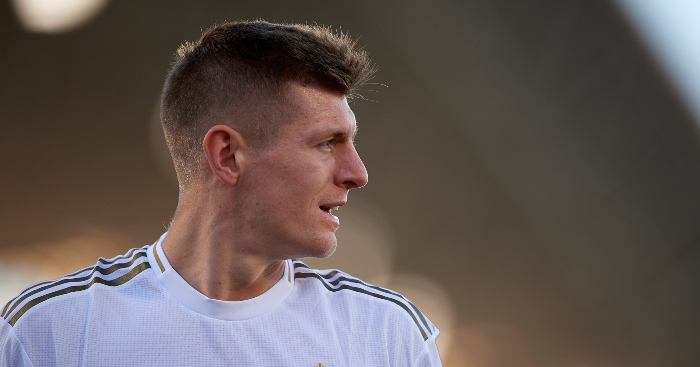 Toni Kroos helped Real Madrid cruise into the final of the Spanish Super Cup with a brilliant goal as Los Blancos beat Valencia 3-1 in Saudi Arabia.

The tournament has changed format this season; rather than the winners of La Liga and Copa del Rey facing each other in the final, it is now a four-team competition featuring the winners and runners up in the league and cup.

Real Madrid will face the winner between Barcelona and Atletico Madrid on Sunday after a comfortable victory over Copa del Rey holders Valencia.

Kroos opened the scoring with a cheeky effort direct from a corner after spotting goalkeeper Jaume Domenech remonstrating with his defenders, and Isco and Luka Modric added further goals before Dani Parejo scored a late consolation from the penalty spot.

The Germany international’s effort was definitely the pick of the night, although Domenech is unlikely to want to watch it back.

Any range is shooting range when you're Toni Kroos 😍pic.twitter.com/8SjzSN72D5

Where are they now? The 36 Real academy players to debut in the 2010s