Watch: Kyle Walker passes the ball straight out of play during England win 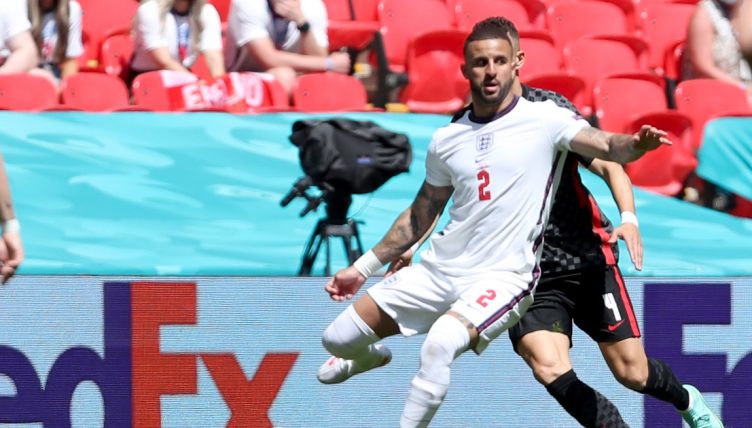 Kyle Walker suffered a brainfart moment during England’s 1-0 win over Croatia as he passed the ball straight out of play.

The moment occurred during the first half of Sunday’s match at Wembley as England toiled to break down a stubborn Croatian side.

Walker, the oldest man in Gareth Southgate’s squad, started the game at right-back and was looking to take his impressive form at Manchester City into the Euros.

He wouldn’t have planned what happened in the 29th minute.

The full-back looked to pick Kieran Trippier on the opposite flank but misjudged the position of his teammate.

As a result, the ball ran straight off the pitch for a Croatian throw-in.