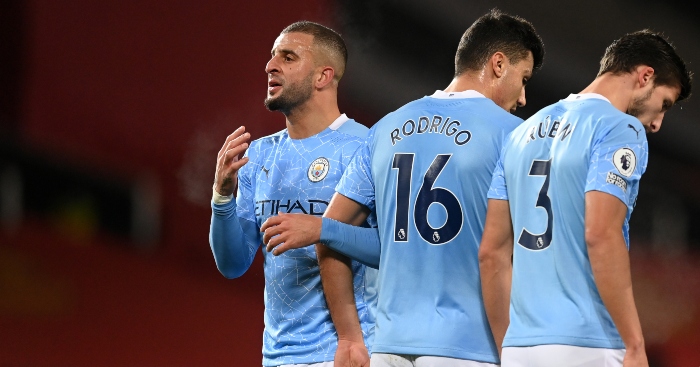 We’re going to be real here, Manchester City‘s game against Manchester United did not live up to the hype.

There really weren’t too many moments of any real entertainment, but Kyle Walker provided us with two of the game’s best.

The first was when he ripped the corner flag out of the ground, seemingly due to frustration with Bruno Fernandes, but we prefer this bit of skill much more than that.

Paul Pogba has been spoken about plenty of times as he’s been linked with various moves away, but none of the rumours surrounding the Frenchman are anywhere near as embarrassing as this clip.

The France international gets sold by Walker’s fake and ends up in a heap on the floor having completely lost his footing.

In a game that was difficult enough to watch for anybody, this moment will have been especially tough watching for United fans. We enjoyed it though.

I’m a United fan but Kyle Walker dropping Pogba and Fred like this wasn’t a pleasure to see 😭😭😭 pic.twitter.com/VFBAovcJE6