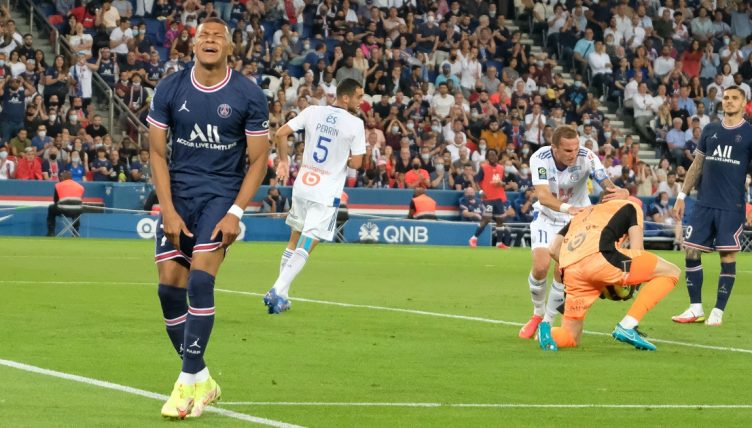 Lionel Messi’s move to Paris Saint-Germain will no doubt go down as one of the biggest transfers of all time, but the future of Kylian Mbappe remains incredibly uncertain.

Messi moved to the French capital after it became clear that remaining with Barcelona was not financially viable, creating potentially the most exciting attacking unit in the history of football alongside Mbappe and Neymar.

The 2018 World Cup winner has been stalling on signing a new deal with the Parisiens, with his current contract expiring next summer, and is rumoured to be keen on a move to Real Madrid.

PSG played the second match of their 2021-22 Ligue 1 campaign on Saturday afternoon, beating Strasbourg 4-2 to make it two wins from two. Although Mbappe ended up on the score sheet, a good number of the fans inside the home stadium expressed their displeasure at the 22-year-old’s apparent desire to leave.

As his name was read out by the stadium announcer before kick-off, a large number of boos could be heard ringing around the ground.

An XI of players whose contracts expire in 2022: Pogba, Ronaldo, Mbappe…