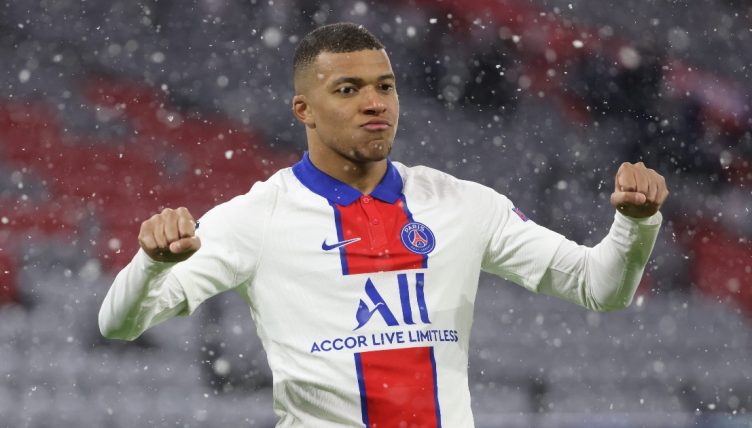 Kylian Mbappe is clearly not letting speculation surrounding his PSG future bother him, scoring twice against Bayern Munich on Wednesday night before adding another on Saturday afternoon.

The young Frenchman is still yet to sign new terms at the Parc des Princes and he is about to enter the final year of his deal – cue panic behind the scenes.

But his two excellent goals at the Allianz Arena showed that he is not letting the noise bother him one bit.

The Parisians travelled to Strasbourg on Saturday, high on that 3-2 win in Europe, and it was Mbappe who once again produced a moment of brilliance to fire them into the lead.

Squaring up to Lamina Kone on the left side of the penalty area, Mbappe was away in the blink of an eye, leaving the centre-back baffled.

With the angle tight, he steadied himself and fired a wicked strike through the legs of goalkeeper Matz Sels. Another ridiculous goal.