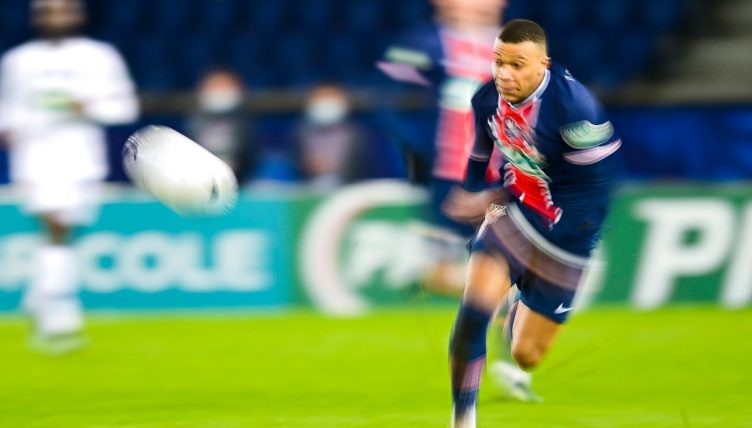 The grass is green and Kylian Mbappe scored a sensational goal as PSG beat Lille 3-0 in the French Cup on Wednesday night.

Mbappe didn’t start the round of 16 clash but came off the bench in the 39th minute after Mauro Icardi, who scored the opener, suffered an injury.

The striker took just two minutes to win a penalty and convert from the spot, giving PSG a commanding lead to take into the break against the team they currently trail by three points in Ligue 1.

The 22-year-old, who gave the Air Jordanification of PSG its first Last Dance moment with his hat-trick in the Camp Nou in February, made it 3-0 in the 93rd minute with the goal of the night, outstripping the Lille defence with his best Road Runner impression before producing an outrageous finish over goalkeeper Mike Maignan.