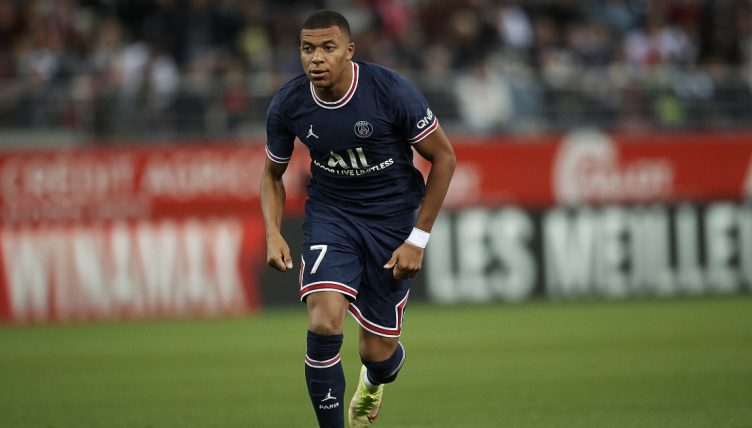 Kylian Mbappe may not be a PSG player for much longer, but he continued his fine start to the 2021-22 season with a headed goal against Reims.

It’s no secret that Mbappe wishes to join Real Madrid and is currently the subject of a £145.7million bid from the Spanish giants.

But, for now, the World Cup winner remains a PSG player and opened the scoring against Reims on Sunday night.

Angel Di Maria, a player many expect to be sidelined in favour of Lionel Messi this season, whipped a fine ball into a crowded penalty area and Mbappe was there to head home.

“If he wants to leave, we are not going to hold him back, but it will be on our terms. Kylian always promised that he would never leave the club for free. That’s what he’s always told us.

“We have no plans to talk to Real Madrid again. The deadline is August 31 at midnight. That’s how the transfer window is, but we are clear about this: we want to keep him and extend his deal.”

Super finish from the superstar ✨ pic.twitter.com/Bh5k40Z3Oh