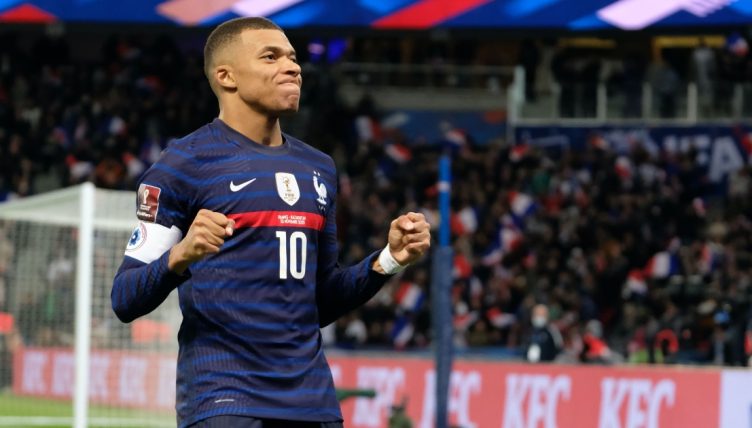 Kylian Mbappe hit four goals as France booked their ticket for Qatar 2022 by thrashing Kazakhstan 8-0 at the Parc des Princes.

France won the last World Cup finals in 2018, with Mbappe playing a starring role in their success in Russia.

And the 22-year-old stole the show on Saturday night as France ensured they’ll be able to defend their trophy next year. The PSG forward scored a first half hat-trick to kill the game as a contest but saved his best goal until last.

He was about to be taken off until substitute Moussa Diaby supplied him with a clever through ball. Taking advantage of this skilful play, Mbappe toe-poked the ball underneath the Kazakhstan goalkeeper to cap a memorable evening.

Mbappe’s hat-trick was the first by a France player in a competitive international since Dominique Rocheteau in 1985.

“We wanted to give ourselves a chance to defend our title,” Mbappe said afterwards. “Even for those who have played in it and won it, it’s an ultimate dream to play in a World Cup.

“The fans enjoyed it, so did we. We respected the game and our opponents. We wanted to keep going right to the end.”