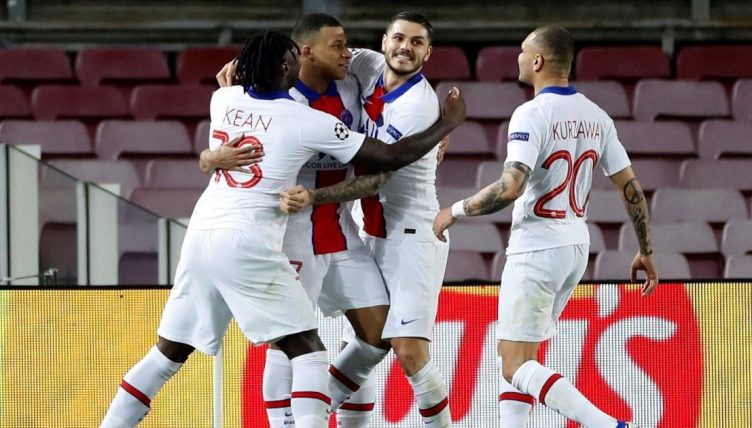 Kylian Mbappe produced what will be looked back upon as an iconic performance with a devastating hat-trick as PSG thrashed Barcelona 4-1 in the Camp Nou on Tuesday night.

PSG travelled to Barcelona for the first leg of their Champions League knockout tie for the first time since their infamous 6-1 defeat at the same ground in March 2017.

The two sides have experienced contrasting fortunes in the competition since, with Barca suffering a number of embarrassing exits while PSG reached the final in 2020.

While the Parisiens were without Neymar, their tormentor four years ago, Mbappe proved the crucial addition since that last clash.

The forward was making his first appearance both against Barcelona and at the Camp Nou, marking the occasion with a stunning display.

He opened the scoring in the first half from close range, following some sublime footwork to tee himself up for the shot, cancelling out Lionel Messi’s opener from the penalty spot.

In his first ever game against Barcelona, Kylian Mbappe scores!

Midway through the second half, the 22-year-old ruthlessly pounced to drill the ball home for his second after Alessandro Florenzi’s cross had ricocheted into his path.

LOOK at that ball over the top from Leandro Paredes 😍

PSG have scored three at Camp Nou without Di Maria and Neymar… pic.twitter.com/CnhMQGrtDg

And Mbappe completed his treble late on with a beautiful sweeping finish into the top corner to finish off an excellent counter-attack from the visitors after Moise Kean had earlier made it 3-1.

With Messi’s future more uncertain than ever, was this a changing of the guard? We’ll leave it for you to decide.