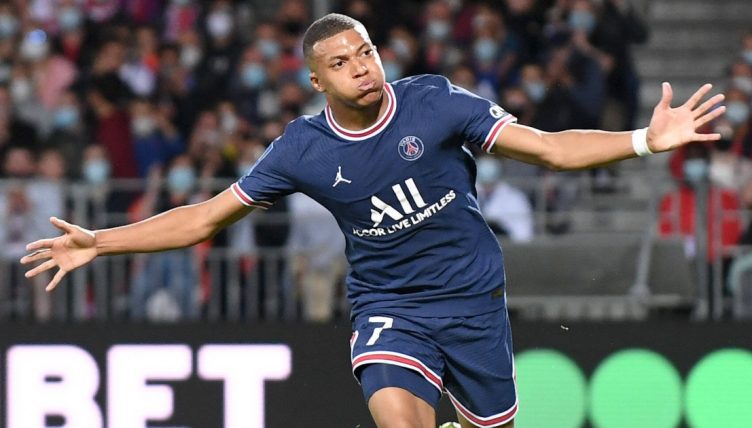 Paris Saint-Germain made it three wins out of three in Ligue 1 this season with a 4-2 victory over Brest on Friday night, a game in which Kylian Mbappe was back among the goals.

There were a few concerns over how the Frenchman would bounce back after a disappointing Euro 2020 campaign, but with two goals and two assists in three games, those have been laid to rest.

With the arrival of Lionel Messi, the pressure is on Mauricio Pochettino’s attacking talents with a place in the starting XI surely guaranteed for the Argentinian once he has gained match-sharpness.

Ander Herrera fired the Parisians in front on Friday night before Mbappe doubled their advantage with a fantastic header from the edge of the penalty area.

Franck Honorat clawed one back for the hosts but Idrissa Gueye restored the two-goal advantage. Steve Mounie made it 3-2 with minutes left to play but Angel Di Maria put the game to bed in injury time.

But Mbappe’s header undoubtedly caught the eye, showing all the instincts that have made him one of the world’s best players. Take a look at it below.

He was always going to be on the score sheet 😌

Started the move and finished the move, Kylian Mbappé is inevitable 💪 pic.twitter.com/p685ryJ0fH