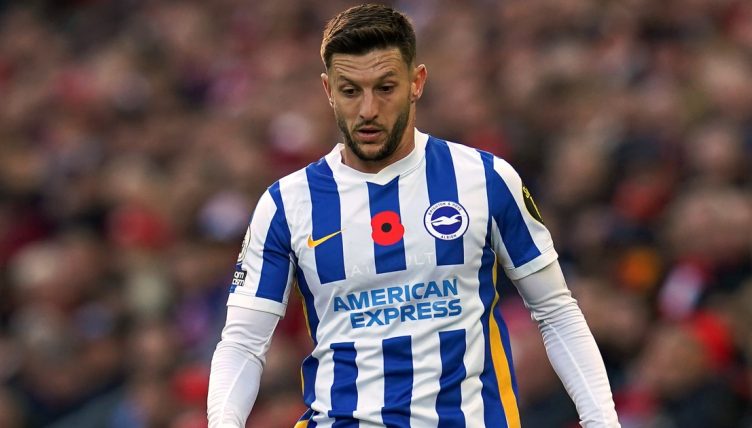 Despite watching Liverpool drop two points in a 2-2 draw with Brighton, the home fans still showed their support to Adam Lallana after the full-time whistle at Anfield.

Lallana joined Liverpool from Southampton in 2014 and made 178 appearances in all competitions, winning the Premier League, Champions League, Super Cup and FIFA Club World Cup.

The former England international then left Liverpool at the end of the 2019-20 season before joining Brighton on a free transfer.

“I miss Adam [Lallana] still to be honest,” Jurgen Klopp told the official Liverpool website before the game with Brighton.

“I think we all agree, if Adam would have been a little bit less often injured, that could have been still on another level – and it was already great.

“So, one of the best players I ever worked with, an absolutely incredible person as well. I am really looking forward to seeing him again.”

He played 77 minutes of the 2-2 draw, playing his first game in front of an Anfield crowd since March 2020. After the full-time whistle, the 33-year-old stayed behind and said his goodbyes to the Liverpool fans.

Adam Lallana stays behind to applaud the #LFC fans still in the ground. They cheer his name as he taps his chest. pic.twitter.com/FNsGk449IT