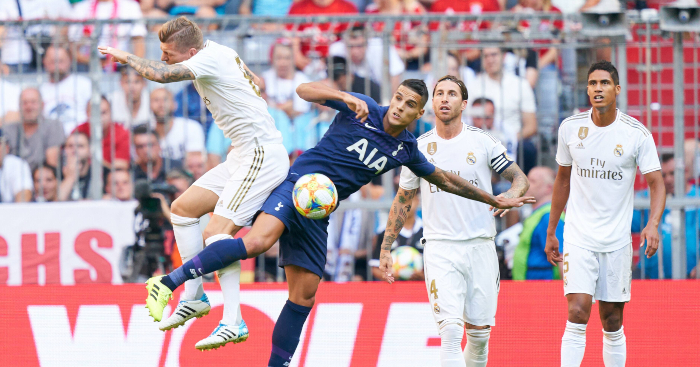 Erik Lamela continued to show signs he is getting back to his best in Tottenham‘s pre-season friendly with Real Madrid.

Spurs faced Real in Munich in the semi-finals of the Audi Cup, winning 1-0 after Harry Kane pounced on a mistake by Marcelo.

And Lamela caught the eye once again, having already scored in the victory over Juventus earlier this summer.

The Argentine winger has struggled to recapture his best form for the north Londoners after some torrid luck with injuries.

But one run in particular stood out, with Lamela surging past a number of Real Madrid defenders from his own half before displaying the awareness to pick out Kane with a clever pass.