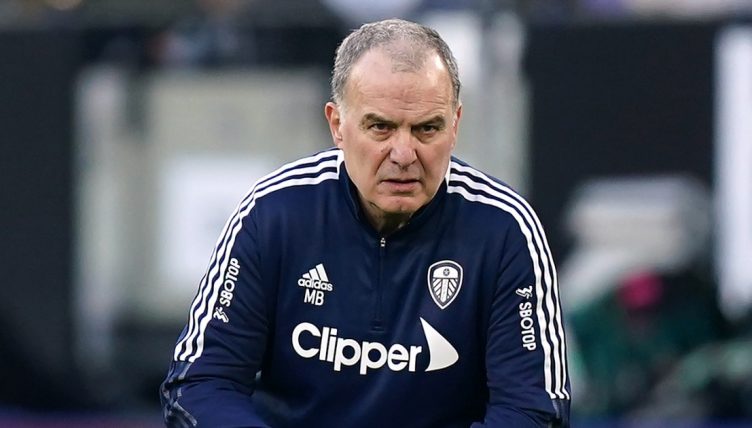 Liverpool manager Jurgen Klopp and Manchester City boss Pep Guardiola have well-earned reputations as two of the best tacticians in world football – and one of the game’s great thinkers, Leeds United’s Marcelo Bielsa, has explained what makes them so special.

Bielsa has never quite managed a club with the resources of City or Liverpool, and can’t match either of them in terms of silverware, but he’s known as one of football’s most influential coaches.

“Success produces the desire to imitate and here there have been very successful coaches who have generated the desire to reproduce in other teams the procedure that allowed Guardiola, Klopp [to win] the league,” explained the Leeds manager, in his unique and inimitable style.

“Guardiola is not someone to interpret, he is someone to enjoy. When you see what he does, you enjoy it.

Bielsa’s Leeds took four points from Guardiola’s City last season, grinding out a hard-fought 1-1 draw at Elland Road before a famous 2-1 smash-and-grab away victory over the eventual Premier League champions.

However, Leeds suffered their worst defeat of Bielsa’s tenure to date back in December when they lost 7-0 to Guardiola’s all-conquering side.

Leeds have faced Klopp’s Liverpool three times since they were promoted under Bielsa in 2020. They lost 4-3 at Anfield in a thrilling and unforgettable opening weekend fixture on their Premier League return before a 1-1 draw in the return fixture. This season, Klopp’s Liverpool registered a dominant 3-0 win at Elland Road.

“From my point of view Klopp is a coach with his own stamp and also his game is very attractive, but he is more accessible to be decoded,” Bielsa added, on Klopp.

“The enthusiasm that Klopp transmits is a very clear sign of his teams, and building resources to drive creative play is what sets Guardiola apart, from my point of view.”

Bielsa praise Guardiola and Klopp.
But he finds a difference between them…

Follow me for more Bielsa´s videos (and more) with english subtitles. pic.twitter.com/yr7SeLzPQp