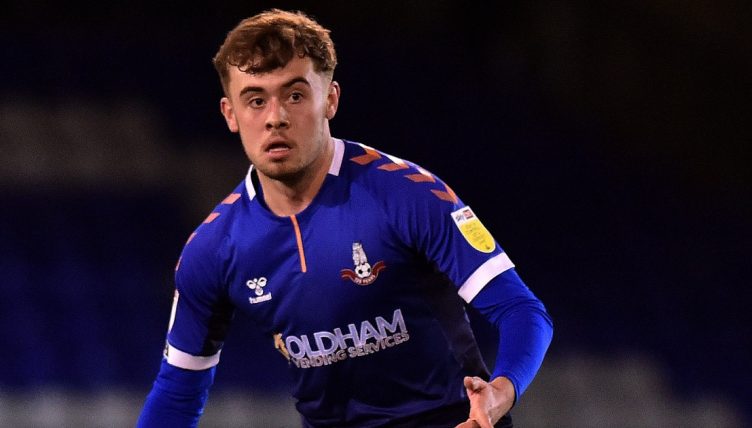 McCalmont was handed his senior debut by Marcelo Bielsa and has been capped by Northern Ireland, but he’s spending this international break turning out for Oldham in League Two.

The 20-year-old Leeds academy graduate had been spoken of as a potential understudy to Kalvin Phillips, but it remains to be seen whether he’ll have a future at his parent club.

But whatever happens next season, he’s used this season at Boundary Park to catch the eye, scoring seven goals for the Latics, having been coached by former Whites winger Harry Kewell until his sacking earlier this month.

And this goal is a particular highlight, the second in a 2-1 win over play-off-chasing Exeter, Keith Curle’s first match since he succeeded Kewell.

It’s the second time in three games McCalmont’s been in place to take advantage of a cleared corner, and he showed sensational technique to catch the ball on the volley and send it floating in off the crossbar.