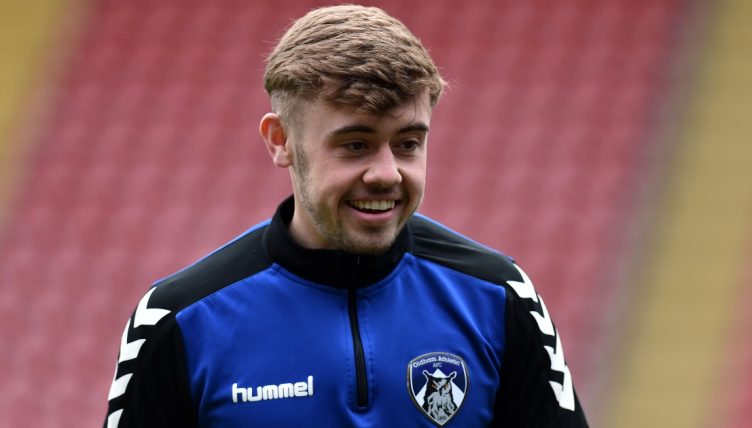 Leeds United‘s Alfie McCalmont has scored another goal during his loan spell at Oldham, and you’ll see few others quite like it.

McCalmont doubled Oldham’s lead with a clever, cheeky free-kick just before the break in a comfortable 5-2 victory over Colchester United at Boundary Park on Friday night.

The 21-year-old midfielder, who has been capped by Northern Ireland, has caught the eye this season down in League Two, having scored seven goals and a further five assists for Oldham.

His latest was a well-struck effort from 23 yards out, but it was the routine that caught the eye, in which a dozen or so of his team-mates jumped about in the six-yard box before running in behind Colchester’s wall.

Keith Curle says the free kick routine is one an international set piece specialist taught Paul Butler at Leeds United and they’d been practicing it in training this week. #oafc