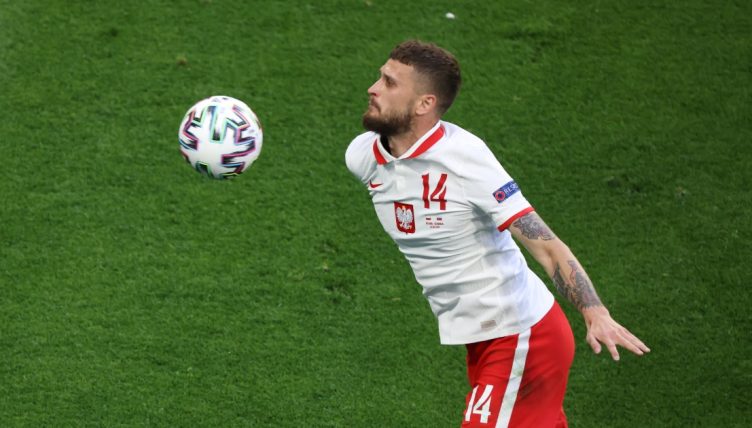 Poland entered the match in Seville needing to get a positive result if they wanted to avoid an ignominious exit after just two games.

And they started the match stronger as they pressurised Spain across the pitch.

After only six minutes had passed, Klich picked up the ball 30 yards from goal and charged forwards.

The Leeds man whipped a dipping shot that landed on the roof of the net.

Spain goalkeeper Unai Simon will claim he had the effort covered but he was at full stretch and unlikely to keep Klich’s shot out.