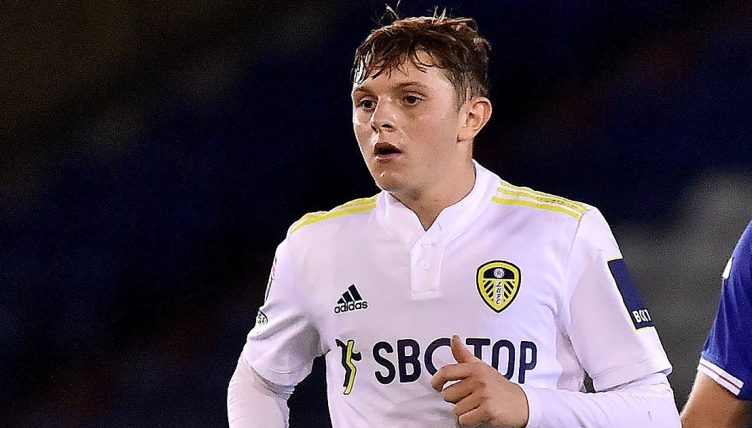 The beautiful curling effort, right into the top corner, capped off a brilliant moment for Dean, who dropped his shoulder to nutmeg the covering defender to cut inside before unleashing the long-range shot.

The hard-fought-for result marked a return to winning ways for Mark Jackson’s Under-23s, who have struggled since their promotion to the Premier League 2 last summer.

They currently sit second bottom in the competition, having not won since September, with many of their best and brightest prospects unavailable after making the step-up to bolster Marcelo Bielsa’s injury-ravaged first-team squad.

Still, there are a number of exciting prospects at the club and Dean, 17, looks as though he’ll go on to bigger and brighter things.

The Ormskirk-born youngster signed his first professional deal last March and has since become a key member of the Under-23s.

“Dropped deep and pulled wide to receive possession as well as providing a focal point in the air at times. Always an arduous task in such a young team but it mustn’t be forgotten Dean is still 17 and has been leading the line for the best part of a year in these fixtures,” wrote Leeds reporter Joe Donnohue in his player ratings for Leeds Live, awarding Dean a joint-best eight out of 10.

On this evidence it’s easy to see why there’s such a buzz about the young forward in West Yorkshire.