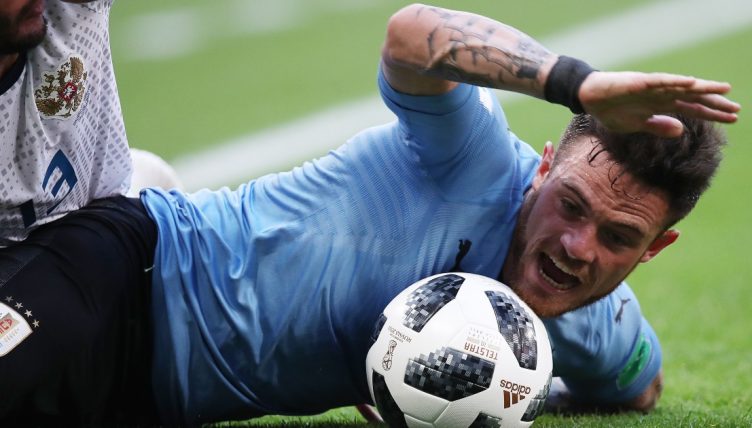 Reported Leeds United target Nahitan Nandez demonstrated a brilliant mix of skill and grit for Uruguay in their 2-0 victory over Bolivia in the Copa America last night.

Edinson Cavani may have grabbed the headlines after scoring La Celestes’ second goal of the night, adding to Carlos Lampe’s 40th-minute own goal, but Nandez certainly stood out alongside him.

The Cagliari midfielder scored two goals and claimed two assists in Serie A last season and is reported to be eager to move to Elland Road this season, according to LUFCFanzone.

“Our wish is to play in England; if it is with Leeds United that would be much better,” the player’s agent, Pablo Bentancurt, has reportedly said.

A midfielder by trade, the 25-year-old showed his versatility on Thursday night, lining up at right-back in Oscar Tabarez’s set up.

He showed a brilliant mix of skill and determination just before the 30-minute mark. Trapped in the corner by Bolivia’s Roberto Fernandez, Nandez looked destined to lose the ball.

But using a rock-solid leg to retain possession and some slick footwork to escape the attentions of a second defender, he soon found himself bearing down on Bolivia’s penalty area.

You can see why Marcelo Bielsa likes him.