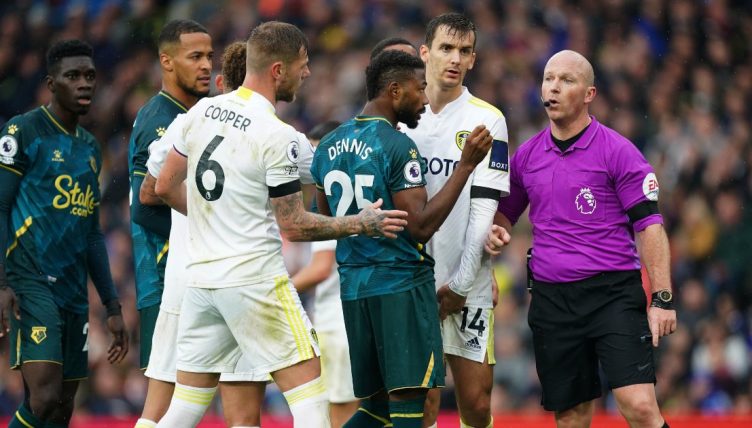 Leeds United fans were left furious after winger Dan James was denied a penalty after being dragged down in the box during their 1-0 win over Watford at Elland Road this Saturday.

James, who joined the West Yorkshire club from Manchester United last summer, appeared to be hacked down by Hornets defender William Troost-Ekong in the penalty area during the 20th minute of the match as he chased a through ball from Rodrigo. But could only watch as his desperate appeals were waved away by referee Simon Hooper.

The decision by the officials lead to near-deafening boos from the home supporters and caused a strong outpour on social media, with some supporters even comparing the incident to a similar one in which James was involved while he was still playing for the Red Devils where he was awarded a spot-kick.

given without hesitation. mental how different the rules are depending on what shirt you’re wearing https://t.co/gptGroqYJ4 pic.twitter.com/6NPR3FdCiS

Thankfully for Marcelo Bielsa’s side the moment did not prove to be crucial as the Whites went on to pick up all three points from the encounter – a result which saw Leeds climb to 16th on the Premier League table.