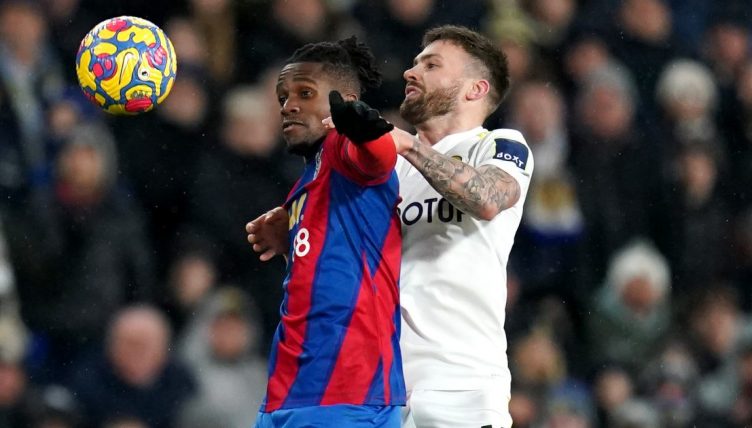 Leeds United’s turbo-charged utility man Stuart Dallas is nothing if not fully committed – and he proved it again with a very amusing head tackle on Crystal Palace’s Wilfried Zaha in their Premier League game on Tuesday night.

With Leeds’ regular right-back Luke Ayling out injured in recent weeks, Northern Irishman Dallas has had to fill in on that side of the defence.

He has been doing so admirably, as he does in any position on the pitch, giving it his all and getting up and down the flank tirelessly.

Against Crystal Palace at Elland Road on Tuesday night, he had a particularly tough task, marking the Ivory Coast international winger Wilfried Zaha.

Though Zaha has recently returned from injury himself, he is still one of the Premier League’s most dangerous wide men, so Dallas had to use every trick in the book to keep him quiet.

And, in the 66th minute, with the score still at 0-0, the trick in the book that was required was a lying-down slide tackle with the side of his head.

Dallas fell to the floor at Zaha’s feet, but just managed to get some contact on the ball with his bonce as he hit the deck, diverting the ball onto Zaha’s toe and out for a goal-kick.