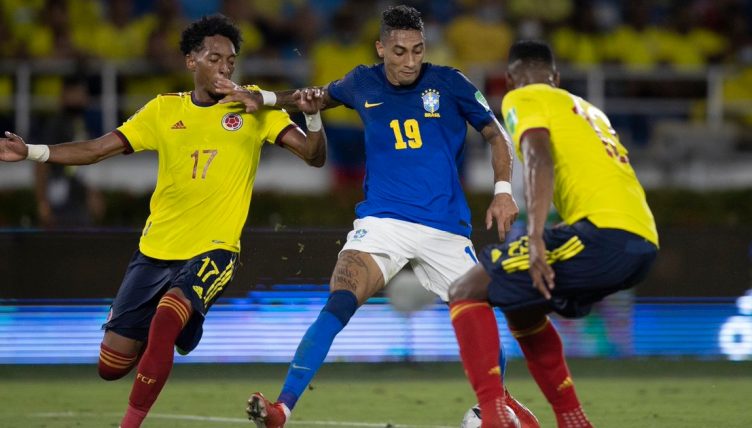 Leeds United‘s Raphinha was at it again on Sunday evening with another scintillating cameo display for Brazil.

The 24-year-old, who joined Leeds from Rennes last summer, has surely added a few million to his price-tag after stepping up and shining for the Selecao on the international stage.

He caught the eye on his debut last week, in which he came on at half-time as Brazil were losing to Venezuela and had a hand in all three of their goals (with two direct assists) as they came from behind to win 3-1.

Tite turned to Raphinha for inspiration once again in another qualifier against Colombia, while the game remained scoreless on the hour mark. The Leeds winger was unable to have the same impact on his second appearance, with it eventually finishing 0-0, but he took his chance to catch the eye once again.

There was one particular run that was just ridiculous.

Picking up the ball on the byline, he turned on the afterburners and sped past his man as if he weren’t there before taking a couple more turns and leaving him eating his dust. With one more flick, he found the space to pass the ball back towards Neymar, but the PSG forward’s first touch let him down.

Raphinha, we have not seen this type of gravy on the right wing for years 🔥pic.twitter.com/WeaBiyvnNS