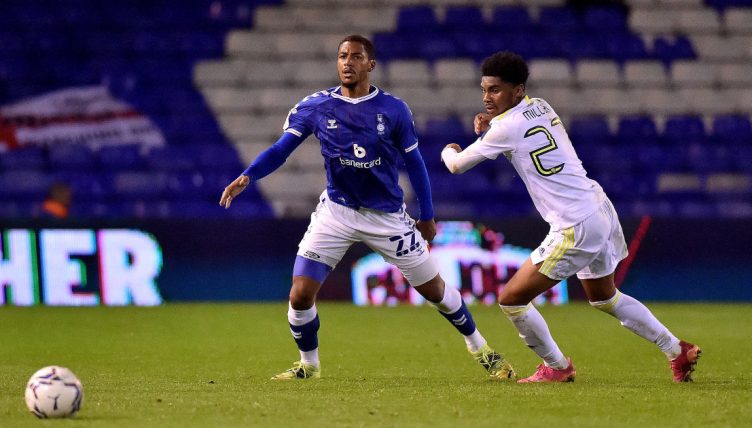 Leeds United youngster Amari Miller scored a stunning curling effort from outside of the box into the top corner during a match with Derby in the Premier League 2.

Miller opened the scoring for the young Leeds side in the 29th minute.

He cut in from the right-hand side onto his left foot before shooting from about 30-yards out, wrapping his foot around the ball and sending it curling into the top corner of the far post beyond the flailing Derby ‘keeper.

The youngster joined from Birmingham in the 2021 summer transfer window where he had made a handful of senior appearances.

At just 19, Miller has been impressive in his performances for Leeds’ youth sides.

But with the Whites’ injury crisis seemingly only getting worse he may soon make his professional debut for the side and Marcelo Bielsa will likely be keeping a close eye on him.

Miller’s goal against Derby was another reminder of the ability he possesses, which Leeds Under-23 manager Mark Jackson has pointed out in the past.

“We knew what he can do, we watched a lot of him before he came into the club so we knew a lot about him,” Jackson said.

Leeds were promoted into the Premier League 2 last season but currently sit second from bottom in the relegation zone with just 13 points in 16 games.

Raphinha’s immaculate through ball showed Bielsa was right to hype