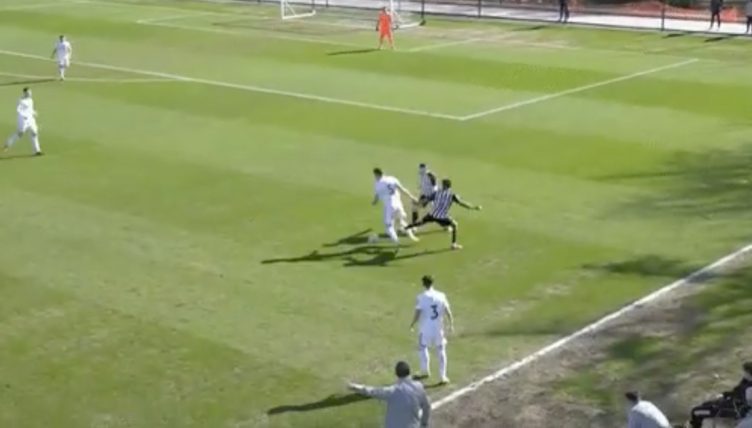 Leeds United are evidently a club on the ascendancy, and it’s not just Marcelo Bielsa‘s first team doing good things this season. Just look at this from one of their youth products, Charlie Cresswell.

Mark Jackson’s Under-23s are riding high in the Premier League 2 Division 2 table, 16 points clear at the top of the table and destined to be competing England’s best academies next season.

Senior players Gaetano Berardi and Robin Koch were given a run out on Monday afternoon against Newcastle’s Under-23s as they make their return to full fitness.

Experienced first-teamer Christian Atsu was on the scoresheet for the young Magpies, but Leeds produced a 2-1 victory with goals from highly-rated young striker Joe Gelhardt and 18-year-old defender Cresswell.

Son of former Leeds and Stoke striker Richard Cresswell, the youngster is well thought of at Thorp Arch, contracted until 2023 and handed his senior debut by Bielsa in a League Cup defeat to Hull back in September.

His goal wasn’t even his most eye-catching moment of the match, which instead came demonstrating some outrageous skill playing it out from the back, turning one man before an audacious Maradona turn took the ball between two.