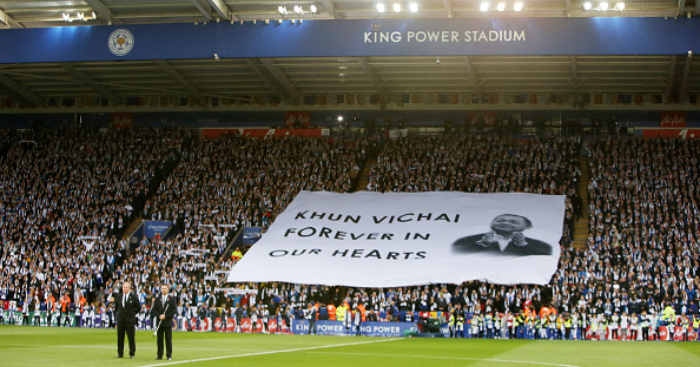 Leicester City fans again paid their tributes to Vichai Srivaddhanaprabha on Saturday at the Foxes’ first home game since the passing of their owner.

Supporters began their day with a march through Leicester city centre in remembrance of Srivaddhanaprabha, before making their way to the King Power Stadium as Leicester hosted Burnley in the Premier League.

Ranieri, of course, famously guided Leicester to the title in 2015-16, while Pearson won the Championship under Srivaddhanaprabha and then assured them Premier League survival the following season.

Leicester fans were given commemorative scarves with the message, ‘Forever in our hearts’, while the players donned t-shirts with Srivaddhanaprabha’s face on them to remember ‘The Boss’.

While the game finished 0-0, the result was irrelevant. Today was about honouring Srivaddhanaprabha and everything he did for Leicester, as a city, a club and a community.