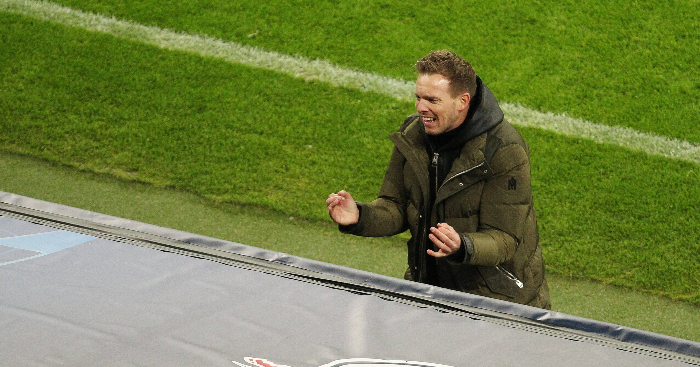 Manchester United are out of the Champions League after losing 3-2 to RB Leipzig, but they came ridiculously close completing a late comeback and squeaking through.

After going ahead early, Leipzig picked Ole Gunnar Solskjaer’s side off on the counter and scored another two goals to take a commanding three-goal lead.

It looked as though the Bundesliga outfit were comfortably sailing through to the last 16 after notching their third goal through Justin Kluivert in the 69th minute.

But in the 80th minute, Bruno Fernandes slotted away a penalty after a foul on Mason Greenwood and two minutes after that Paul Pogba scored a header to put United one goal away from the point they desperately needed.

And the three-goal comeback was nearly complete in the dying seconds after Leipzig’s Nordi Mukiele swung a leg at a cross, which was heading into his own net before being denied by goalkeeper Peter Gulacsi.

Watch the heart-in-mouth moment below:

Péter Gulácsi was there to spare Nordi Mukiele an absolute nightmare in the 93rd minute! pic.twitter.com/lJn7Oysip9