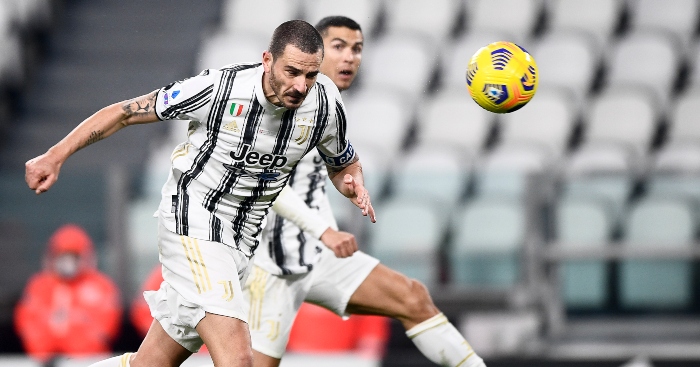 When Torino went 1-0 up against Juventus, they will have been fairly hopeful of getting a result against their bitter rivals – even if there was still over 80 minutes left on the clock.

Even when Weston McKennie scored an equaliser in the 79th minute, they still probably felt that they could at least hang on to come away with a well-earned point.

However, Leonardo Bonucci had completely different ideas to any of the fans of the defender’s city rivals.

It was the 89th minute when the Juventus captain headed the ball past Salvatore Sirigu to score a dramatic winner in the dying moments for the Italian giants.

This is a goal that will have broken plenty of Torino hearts, while bringing Juventus fans plenty of joy – it turns out Bonucci’s own son will be one of those left disappointed.

According to James Horncastle, one of Bonucci’s boys is a massive Torino fan, who loves Andrea Belotti. He’ll probably be hating his dad now.

He may get some awkward looks across the dinner table tomorrow, but Bonucci certainly enjoyed his celebrations on the pitch.

Bonucci with a captain's header for what will almost surely be a dramatic late winner 👏 pic.twitter.com/vbesZC0sN6