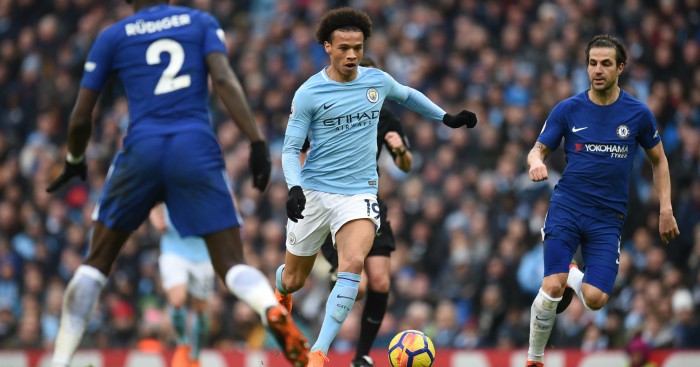 Manchester City extended their lead at the top of the Premier League to 18 points with victory against Chelsea – and Leroy Sane summed up just how much Pep Guardiola’s men are flying right now.

City beat Chelsea 1-0 at the Etihad on Sunday thanks to Bernardo Silva’s goal just after half-time.

The win means City are now 18 points clear of second-place Liverpool, although Manchester United could cut the gap with a win against Crystal Palace on Monday.

Guardiola’s side dominated proceedings against the reigning champions on Sunday, enjoying a whopping 71% of possession.

And the confidence with which they are playing was summed up by Sane, who managed to take five Chelsea players out of the game in one single dribble which led to a chance for Silva.