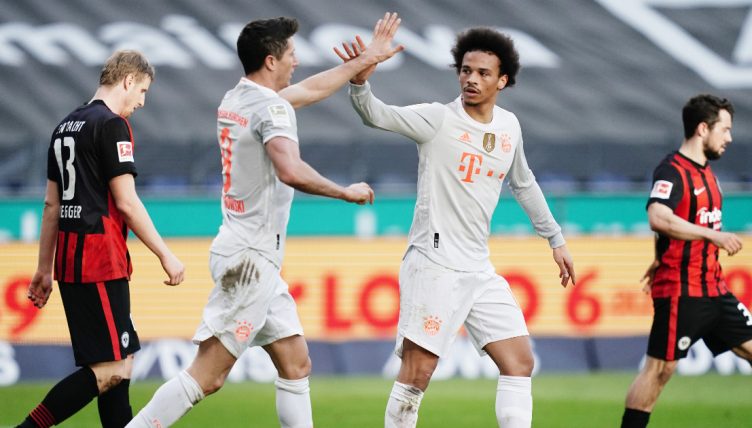 Hansi Flick’s Bayern Munich were beaten 2-1 by Eintracht Frankfurt on Saturday afternoon – but at least they got to witness an outrageous assist from Leroy Sane.

The result means that RB Leipzig could close the gap on the Bundesliga leaders to just two points should they win against Hertha Berlin on Sunday.

Goals from Daichi Kamada and Amin Younes gave the hosts a comfortable lead going into the break but a Robert Lewandowski goal in the 52nd minute made things interesting.

There was nothing special about the finish from the Polish marksman, but the assist from Sane was frankly outrageous.

Collecting a cross-field pass with the outside of his boot, he lined up two terrified defenders. Shaping to cross, he cut inside instead, taking both out of the game and leaving one on the floor.

Evan N’Dicka, who admirably came back to try and stop Sane again, was soon on the floor as well as the German cut back inside and laid it on a plate for Lewandowski.