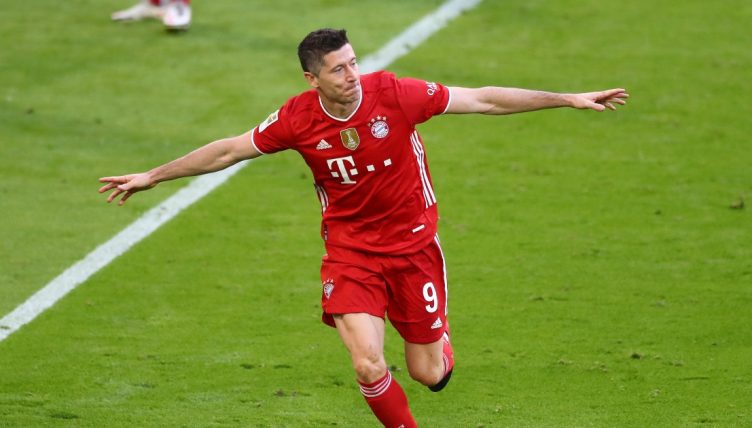 Robert Lewandowski was doing what he does best on Saturday as he buried a hat-trick against Borussia Monchengladbach to help clinch the Bundesliga title for Bayern Munich.

Hansi Flick’s men ran riot, winning 6-0 at the Allianz Arena, confirming the club’s ninth consecutive league title as they did.

The game was as good as over by half-time with strikes from Kingsley Coman and Thomas Muller accompanying a Lewandowski brace.

A penalty from the Polish talisman made it five after 66 minutes and Leroy Sane completed the demolition four minutes from time, even with the home side down to 10 men by this point.

It was Lewandowski’s second that really got everyone talking, however.

Muller, collecting the ball just outside the Gladbach penalty area, saw his clipped cross deflected, only for the ball to loop perfectly towards Bundesliga’s top scorer.

With a swivel of his body, Lewandowski buried a perfectly struck bicycle kick into the bottom corner.

Just the latest in a stunning repertoire of goals from the striker.