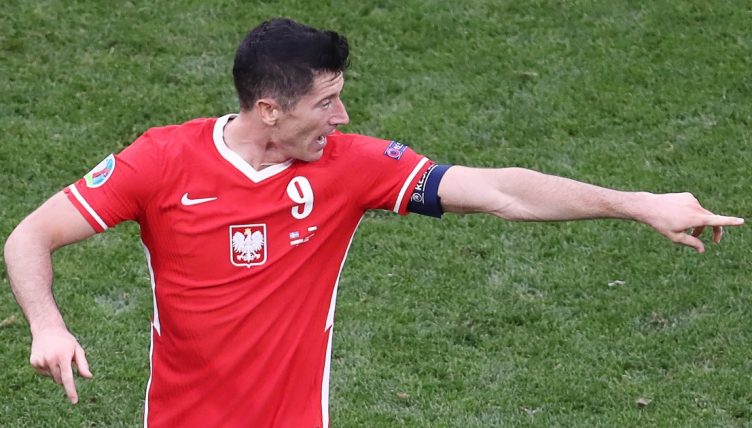 Robert Lewandowski’s Poland have crashed out of Euro 2020 at the group stage after losing their final match 3-2 to Sweden, but the striker came close to singlehandedly completing a dramatic three-goal comeback win.

Having lost to Slovakia before drawing 1-1 with Spain, Poland needed to beat Sweden to make it through to the knockout stage. But they made a disastrous start, as RB Leipzig’s Emil Forsberg opened the scoring for the Swedes after just two minutes.

Poland’s all-time top scorer Lewandowski missed an absolute sitter from two yards out in the first half, and Poland’s race looked to be run after Forsberg doubled Sweden’s lead in the 60th minute. But within a couple of minutes, Lewandowski sparked hopes of a dramatic Poland comeback with a sensational curling effort from outside the box.

And in the 84th minute, the 32-year-old Bayern Munich striker got Poland back on level terms after finding himself with bags of space inside the Sweden box. Given he scored 41 goals in 29 Bundesliga appearances last season, he wasn’t going to miss another sitter… and promptly finished with minimal fuss.

He came close to a hat-trick too, and what might have been a match-winner to send Poland through to the last 16, after a well-struck cross went across goal and gave Robin Olsen something to think about. The Sweden keeper did well to react swiftly and palm it away, but how many times have you seen those sneak in?

It wasn’t to be in the end as Sweden exploited their gaps and won it in injury-time on the break.

What a strike from Lewandowski! 😍