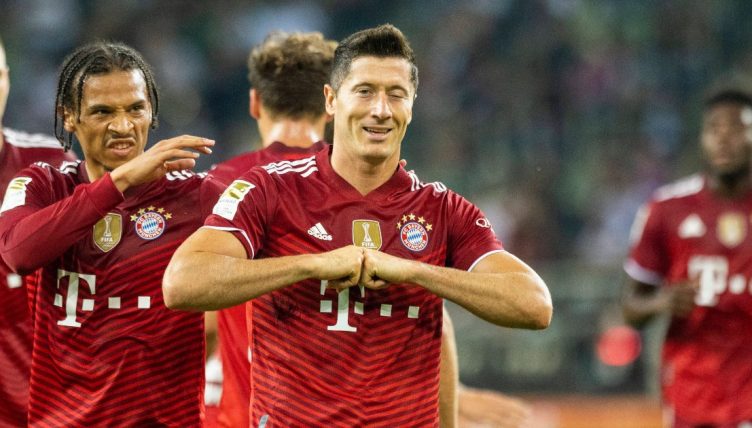 Bayern Munich didn’t get off to the start they would have wanted in their first game of their campaign, but fans were treated to a wonderful goal as Robert Lewandowski opened his account for 2021-22.

Playing Borussia Monchengladbach on the opening day of the Bundesliga season, Bayern went behind early to a finely worked goal that was expertly finished by Alassane Plea in the 10th minute.

Yet before half-time, Lewandowski was on hand to get Bayern back on terms.

Last season, Lewandowski broke the Bundesliga scoring record, managing a stunning 41 goals in 29 games. On Friday night he picked up exactly where he left off.

Joshua Kimmich floated an outswinging corner into the box, Lewandowski stole the march on his man and, with the ball slightly behind him, the big Pole brilliantly managed to direct his volley past Yann Sommer and in at the near post.