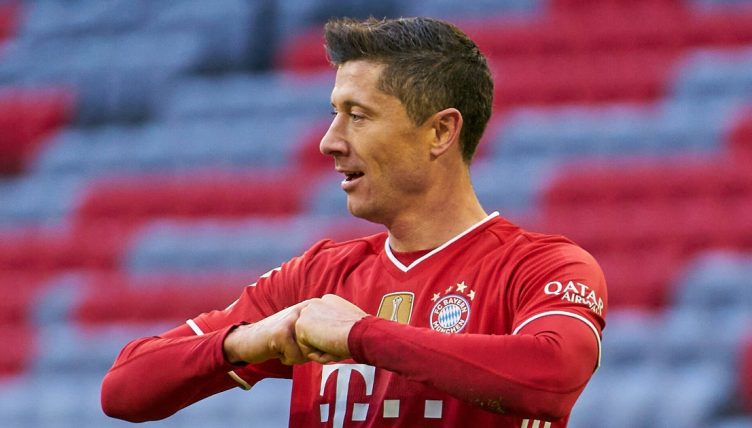 Robert Lewandowski did what he does best again on Saturday and scored a lot of goals for Bayern Munich, this time netting a first-half hat-trick against Stuttgart.

It follows his latest triple against Borussia Dortmund in Der Klassiker two weeks ago and takes his tally for the season as a whole to 35 Bundesliga goals.

This one did not start well for Bayern, however, as left-back Alphonso Davies was sent off after a VAR review caught a studs-up tackle from the Canadian.

His first was an instinctive stabbed finish from inside the six-yard box from Serge Gnabry’s low cross, before the German winger added one of his own with a stunning team move.

Just one minute later, Bayern added a third and yes, it was Lewandowski. This time he bullied his way to the ball to head home from Thomas Muller’s cross.

The hat-trick was complete just six minutes before half-time. Following a great run by Leroy Sane, the ball eventually fell to the Polish marksman, taking one touch before firing home with his left foot, making him the league’s second all-time top-scorer.