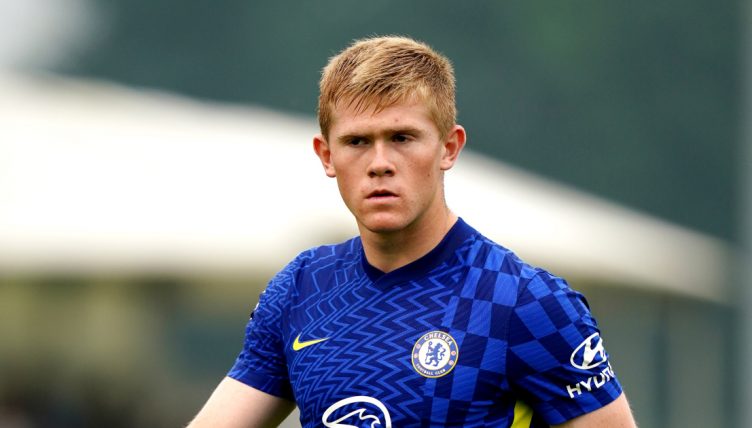 The 17-year-old academy graduate made his full professional debut against Chesterfield and produced a Man of the Match performance at Stamford Bridge.

A midfielder, Hall put in a top-quality display despite playing out of position on the left of the defence.

He even registered an assist during the game, setting up Romelu Lukaku’s goal in the 20th minute by winning the ball back with an impressive bit of pressing before flashing the ball across goal to Lukaku to tap in.

But in videos of the youngster training ahead of the match it is clear to see he has an eye for goal himself.

In the video, Hall receives the ball on the edge of the box twice and each time smashes it powerfully past the goalkeeper with his favoured left foot while his Chelsea team-mates and coaches watch on.

The England Under-18 international has scored six times for Chelsea’s youth sides this season, including three goals in the Under-18 Premier League.

Chelsea boss Thomas Tuchel was extremely impressed by the youngster’s performance against Chesterfield.

“He deserved to play, he is a nice guy and very calm,” Tuchel said of Hall after the match. “A huge opportunity at Stamford Bridge. He took his chance and was hugely involved in some of the goals. I’m happy for him.”