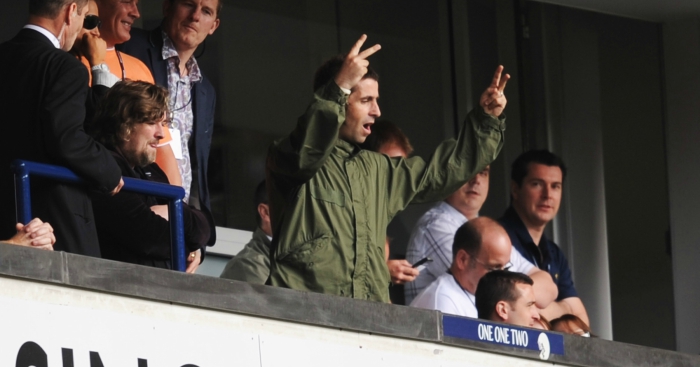 Sergio Aguero recently became the top goalscorer in Manchester City’s history – and Liam and Noel Gallagher were among the supporters to lead tributes to the Argentinian.

Aguero surpassed Eric Brook’s total of 177 goals in all competitions for City by striking against Napoli last week, further cementing his place in the club’s history.

The striker has made an immeasurable impact since joining City from Atletico Madrid in 2011, and will forever be remembered for scoring the last-gasp goal which clinched the title the following summer.

And to mark Aguero’s achievement, City superfans Liam and Noel were both filmed singing songs for the 29-year-old.

Liam even went to the effort of rewriting Oasis’ ‘I’m Outta Time’ in tribute to the great man.