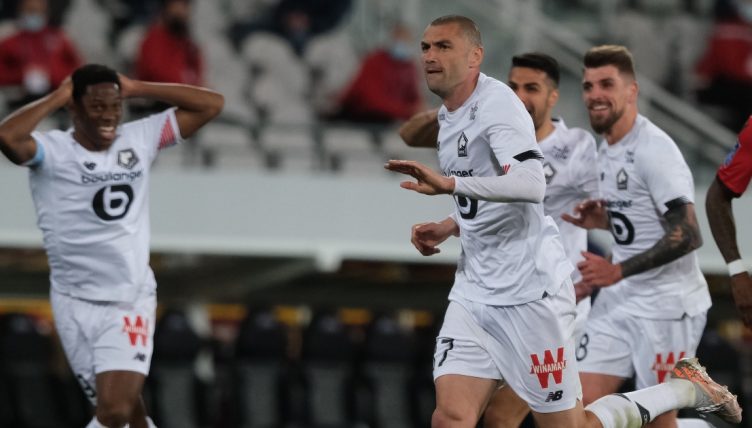 It’s not been a good week for PSG.

On Tuesday evening they were eliminated in the Champions League by Manchester City, and three days later their hopes of securing the Ligue 1 title are hanging by a thread.

Their destiny is out of their hands, with surprise challengers Lille sitting atop the table for the run-in, but they’re not letting up. Mauricio Pochettino’s men could only hope that they slipped up away to local rivals Lens on Friday night, on paper their most difficult game left, but they made no mistake with an emphatic 3-0 win.

Former perennial Chelsea loanee Gael Kakuta, now at Lens, had hoped to stop them. “I would prefer Paris to win the title. If we can stop Lille from winning the title then that would be beautiful,” he said ahead of the match.

But Kakuta and co. couldn’t contend with 35-year-old Burak Yilmaz, in the form of his life with 15 goals in 26 Ligue 1 appearances since signing from Besiktas last summer.

“He’s a very good player and experienced. In terms of respect, he should have kept that to himself and not have said it to the outside world,” Yilmaz responded.

“On top of that, they’ve just played against Paris and lost to them. I have nothing else to add.”

Yilmaz responded in the best possible way on the pitch, too, scoring the first two goals of the 3-0 win, the second of which was an absolute screamer. If Lille win the last two games, the title is theirs.