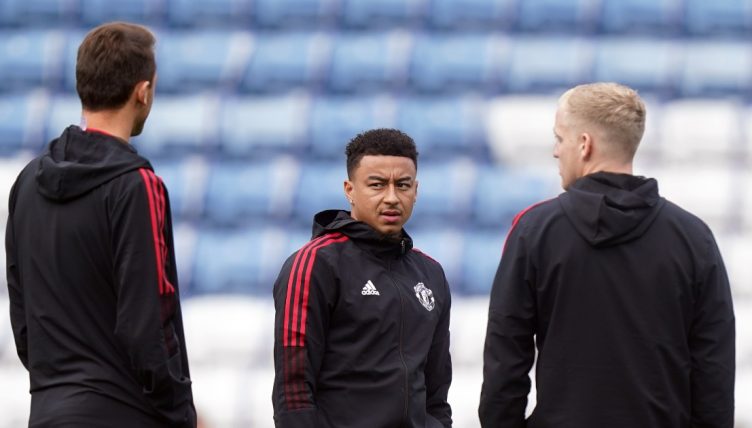 Jesse Lingard came out with his reputation unscathed after remaining an unused substitute during Manchester United‘s shocking 5-0 defeat at home to Liverpool.

However, the England international didn’t escape Old Trafford without receiving some stick from the home faithful while he warmed up alongside Paul Pogba during the first half.

The clip, doing the rounds on social media, doesn’t show what was shouted at Lingard but he looks visibly irritated at the corner flag, while it doesn’t take an expert lipreader to see him defending himself by saying “I’m not on the pitch” – which is a fair enough response, to be honest.

It’s been a frustrating season for the 28-year-old after returning to his boyhood club following a sensational half-season loan at West Ham last term.

He’s had a few moments, notably setting up Cristiano Ronaldo’s last-minute winner over Villarreal and scoring a late winner against West Ham, but he’s had to make do with a peripheral role.

Lingard has totted up just 74 minutes across six substitute appearances in the Premier League and Champions League, while his only start came in a 1-0 League Cup defeat to former side West Ham.

🚨⚽️ | NEW: Lingard says “I’m not on the pitch” in response to Man Utd fans hurling abuse at him pic.twitter.com/Y7bZvOMKz8