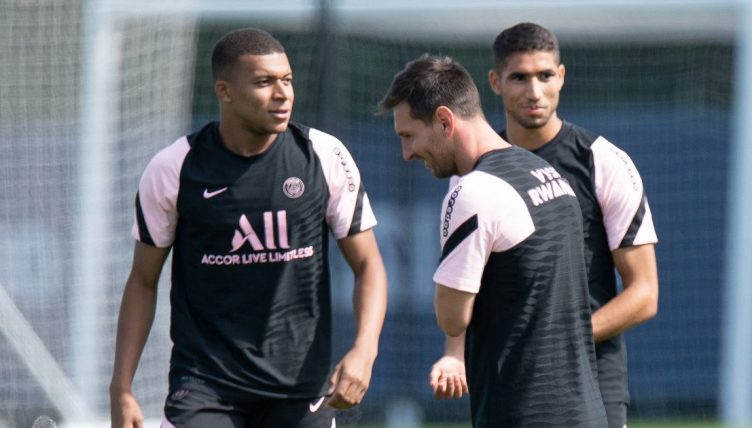 Paris Saint-Germain fans got a glimpse of a Lionel Messi and Kylian Mbappe partnership during a recent training session.

After Messi bid an emotional farewell to Barcelona after 21 years at the club, PSG then swooped in and secured his services on a free transfer.

The Argentina international has now started training with his new team-mates, including Mbappe, who has been strongly linked with a move to Real Madrid in recent months.

But PSG are refusing to sell the 22-year-old, hoping that Messi’s arrival will convince him to sign a new contract at the Parc des Princes.

The duo have seemingly already struck up a good relationship on the pitch as they assisted each other during a training drill.

“It’s really crazy and I’m really happy about that,” Messi said when asked about playing alongside Mbappe and Neymar. “Sharing the day to day life with them, with all of the squad, there are some amazing transfers so the team is incredible.

“I really want to train and compete now, I’m going to be playing with the best players. It’s an incredible experience to be able to enjoy this.”