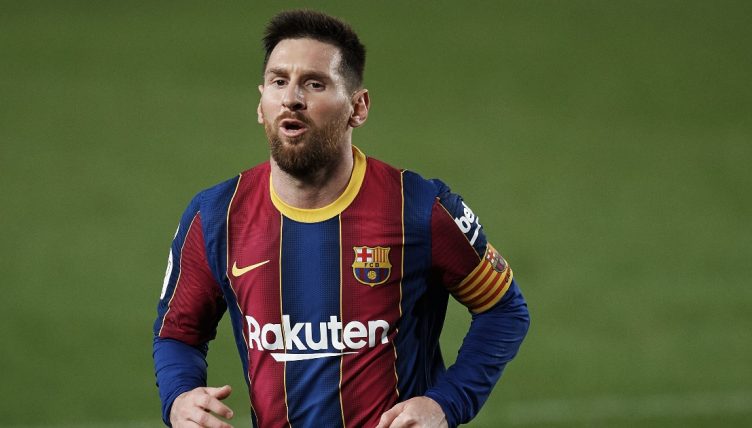 Lionel Messi was at it again on Saturday night, laying on an outrageous assist for Jordi Alba as Barcelona clashed with Osasuna.

With half-an-hour on the clock, the Argentinian received the ball in the middle of the pitch with seemingly little on around him.

But somehow he saw Alba pelting it down the left-wing, and lofted an exquisite through ball over the top of the Osasuna defence and straight into the Spaniard’s bath.

Alba’s finish was not bad either, opening the scoring by hammering a rocket of a shot into the roof of the net, giving the goalkeeper no chance at all.

The assist was Messi’s seventh of the season in La Liga and keeps them in with a slim chance of winning the title.

League-leaders Atletico Madrid face fellow hopefuls Real in the Madrid derby on Sunday and Barcelona will be hoping for a draw, or even a win for their old arch rivals.

But for now let’s just enjoy the majesty of this Messi pass, then we can think about league tables and all of that stuff.

A beautiful goal from Barca! 😍

Messi with the perfect pass for the assist 🙌

After becoming a meme, Pique found redemption screaming into a camera

Comparing the stats of the five strikers on Barcelona’s ‘shortlist’