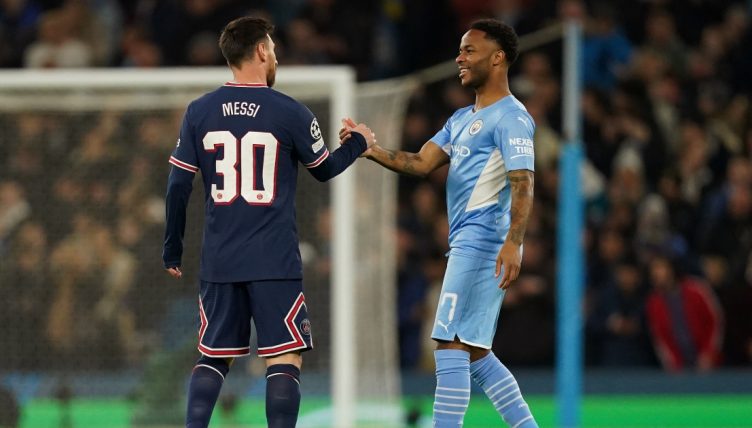 Lionel Messi made his first appearance in England since moving to PSG over the summer – and marked the occasion by slipping the ball through Raheem Sterling’s legs.

Messi left Barcelona after 17 years in August and is still finding his feet at the Parc des Princes. Even so, the 34-year-old scored against Manchester City in their Champions League fixture back in September and was clearly relishing the return leg.

The match was only six minutes old when Neymar received the ball and found his illustrious team-mate. Finding himself crowded out, Messi shook off the attentions of Oleksandr Zinchenko and deftly stuck the ball through Sterling’s open legs.

It may have only been a small moment in a move that didn’t lead to a goal but the nutmeg was another reminder of Messi’s enduring class (if any was needed).

Earlier this week, Messi admitted it had felt weird lining up alongside former adversary Sergio Ramos.

“Now nothing,” Messi told Marca when asked about it. “But at first it was weird after so many years of being rivals, being the two captains of Barcelona and Madrid, after so many Clasicos played, so many fights we had on the pitch.

“But all that is in the past and we have always respected each other a lot, no matter how much we have been rivals in those Clasicos. Having him as a teammate today is spectacular.”

How Lionel Messi has performed under different 10 club managers