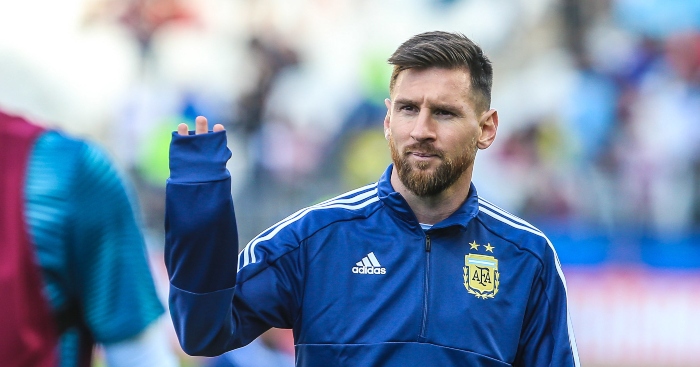 Lionel Messi scored an injury-time penalty in Argentina’s 2-2 draw with Uruguay – but the real moment of the match came when he beat several players with a brilliant piece of skill.

The Barcelona star went on a trademark run and dribbled past three Uruguay players before being knocked to the floor. While that may be a problem for most players, Messi isn’t a typical footballer.

He was somehow able to keep the ball, regain his balance and complete a lovely roulette to get past another two players before passing to a team-mate.

Watch Messi’s moment of magic below.

Uruguay opened the scoring in the 34th minute through Edison Cavani, but Sergio Aguero headed in a Messi free-kick and levelled for Argentina in the second half.

Messi’s Barcelona team-mate Luis Suarez then restored Uruguay’s lead moments later and they looked to be holding on for the win.

However, Martin Caceres handled in the area before Messi stepped up to score from the spot in injury time. The 32-year-old now has 70 goals in 138 games for his country.