Watch: Lionel Messi breaks down in tears as he bids farewell to Barcelona 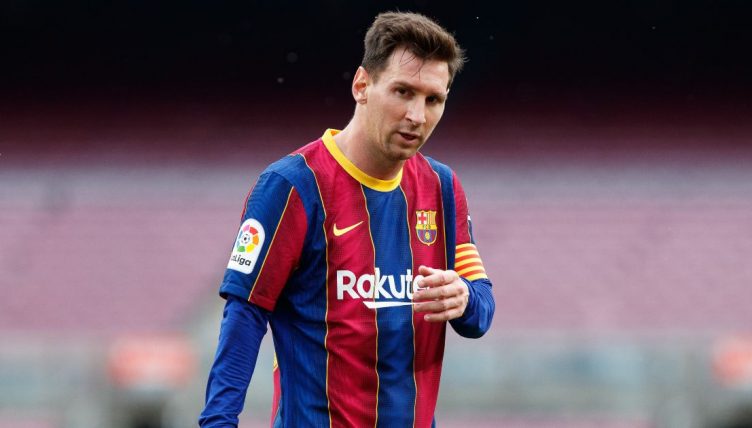 Lionel Messi couldn’t hide his emotions as he held a press conference at the Camp Nou to bid farewell to Barcelona.

Despite wanting to stay at the club, he wasn’t able to sign a new contract due to La Liga regulations and Barcelona’s perilous financial situation.

The 34-year-old, who looks set to join PSG, confirmed his departure at the press conference and was unable to hold back his tears.

“This year, my family and I were convinced we were going to stay at home, that’s what we all wanted more than anything,” Messi said.

“We’d always made this our own, we were at home. We thought we would be staying here in Barcelona. But today, we have to say goodbye to all of this.”

When Messi cries, we all cry.
Big hug. ❤️ u Leo. pic.twitter.com/wAHhzWrkP3

Messi fighting back the tears as he says goodbye 😢

The end of an era for FC Barcelona 🔴🔵 pic.twitter.com/iB2CrhpCp1