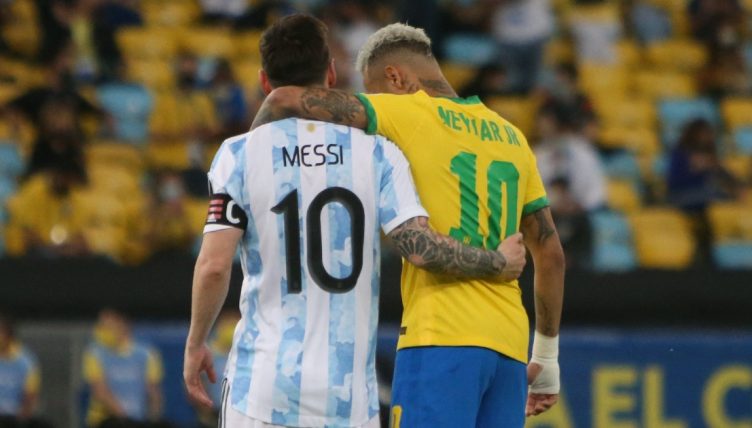 Neither player had lifted the trophy before so there was plenty of personal motivation alongside the traditional Argentina-Brazil rivalry during the match at the Maracana.

But it was Messi who had the last laugh as Argentina won the match through Angel Di Maria’s early strike.

Brazil put their opponents under plenty of pressure during the second half, with Neymar driving their efforts from the front.

The PSG man was inconsolable after the final whistle but Messi took time out from his celebrations to offer a warm hug to his former team-mate.

After experiencing four final defeats himself, the Argentina legend knows more than most about the pain of falling at the final hurdle.

This moment between Neymar and Messi.