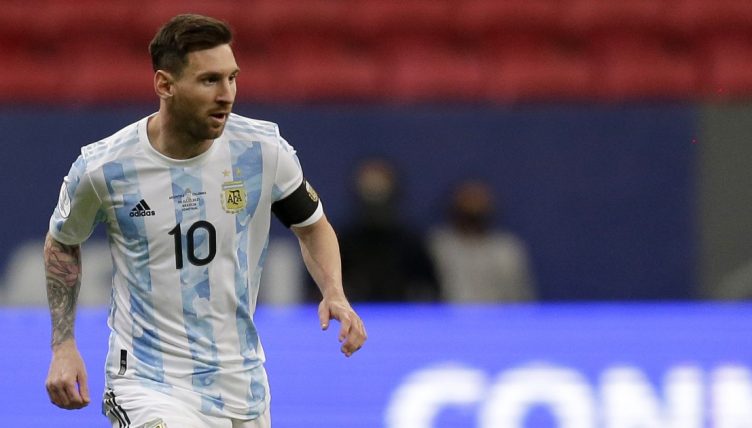 Lionel Messi has been blowing our minds for so long that nothing should surprise us at this point, but even at the age of 34 he’s still doing ridiculous things on a football pitch.

Argentina are through to the final of the Copa America, with hosts Brazil set to come, and Messi has been producing some of the best form of his international career. He looks inspired and determined to finally lift silverware with his country, while his contract situation and future with Barcelona remain up in the air.

Having notched his fifth assist in six games – as well as four goals – for Lautaro Martinez’s early opener against Colombia, Argentina went on to draw 1-1 before coming out on top in the penalty shootout.

The six-time Ballon d’Or-winner passionately celebrated as Argentina won scored three penalties to Colombia’s one, and even showed some rare needle by taunting his former Barcelona team-mate Yerry Mina.

Argentina might not have come out on top over the 90 minutes, but it was another inspired display from their talisman. You only need to look at this run, 33 minutes in, to see he was producing football from another planet: taking a series of perfectly deft touches to keep the ball under control, while somehow keeping his balance while pressured by the imposing figure of Mina.