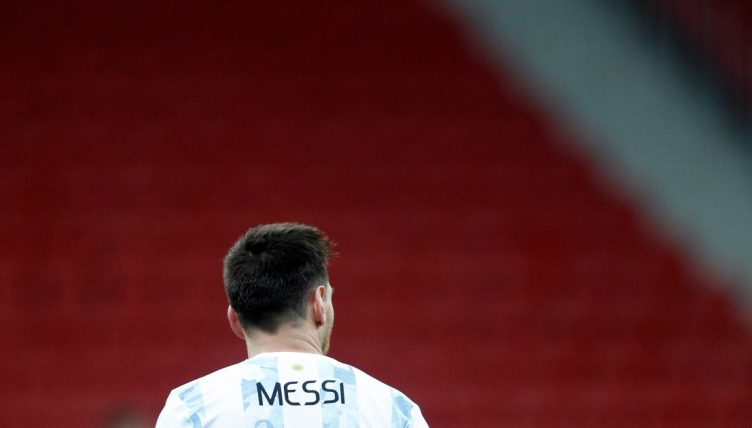 Messi was central to proceedings in Brasilia as Argentina look to win their first piece of international silverware since 1993.

The 34-year-old, whose contract with Barcelona expired last week, set up Lautaro Martinez for the opening goal with a cleverly weighted pass.

And Messi continued to probe the stubborn Colombia back-line throughout an increasingly tense semi-final.

With only five minutes remaining, and the game level at 1-1, Messi received possession mid-way in the opposition half and floated a pass that took six Colombia players out of the game.

Team-mate Martinez anticipated the pass but was unable to guide his effort on target.

But this does not detract from the quality of Messi’s ball and demonstrated once again why many think he is one of the greatest of all time.

Argentina won the shoot-out 3-1 following a 1-1 draw and will face Brazil in the Copa America final on Saturday.